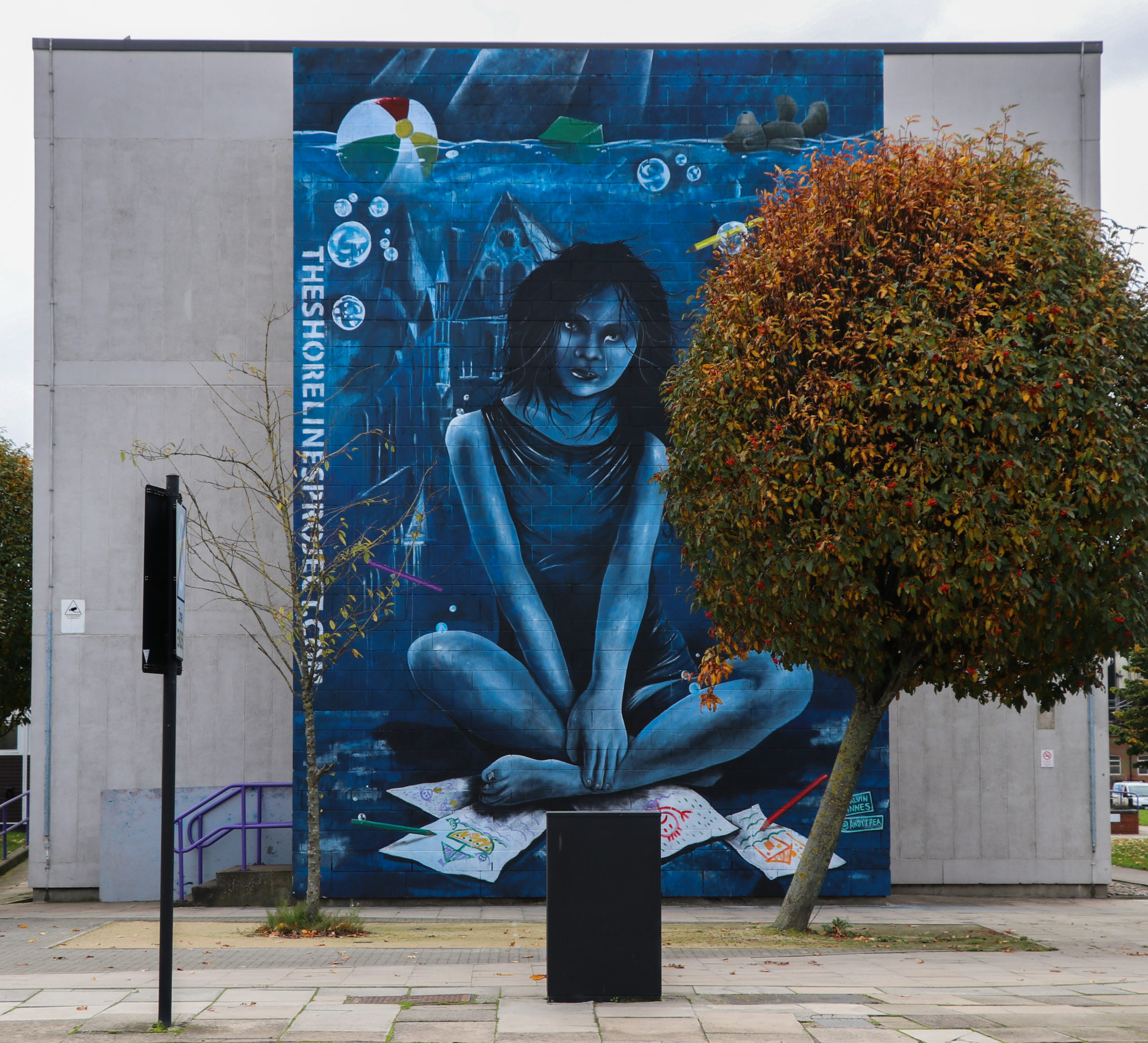 A community-led art project, The Shorelines Project entails giant murals popping up across the city of Hull in order to spark debate about climate change – the first of which can be found on the side of Hull College’s Wilberforce Building.

Named ‘The Girl’, the piece was designed to illustrate the struggle of life underwater, featuring Hull’s iconic Minster as the backdrop. The girl, who is young but deliberately ageless, sits cross-legged over a collection of crudely sketched illustrations of people trapped in flood water, in boats, wading through flooded areas.

Toys, coloured pencils and other small items float around the girl, depicting a childhood potentially lost to the flood waters. The look on the girl’s face is deliberately designed in the same way the Mona Lisa’s smile works – a look Italians describe as ‘sfumato’, which means blurry, ambiguous and up to the imagination.

The piece, which has been described as ‘haunting’ and ‘emotive’, is intended to make some people feel slightly uncomfortable, others hopeful, and to instigate discussion about climate change, flooding and how it will affect future generations. 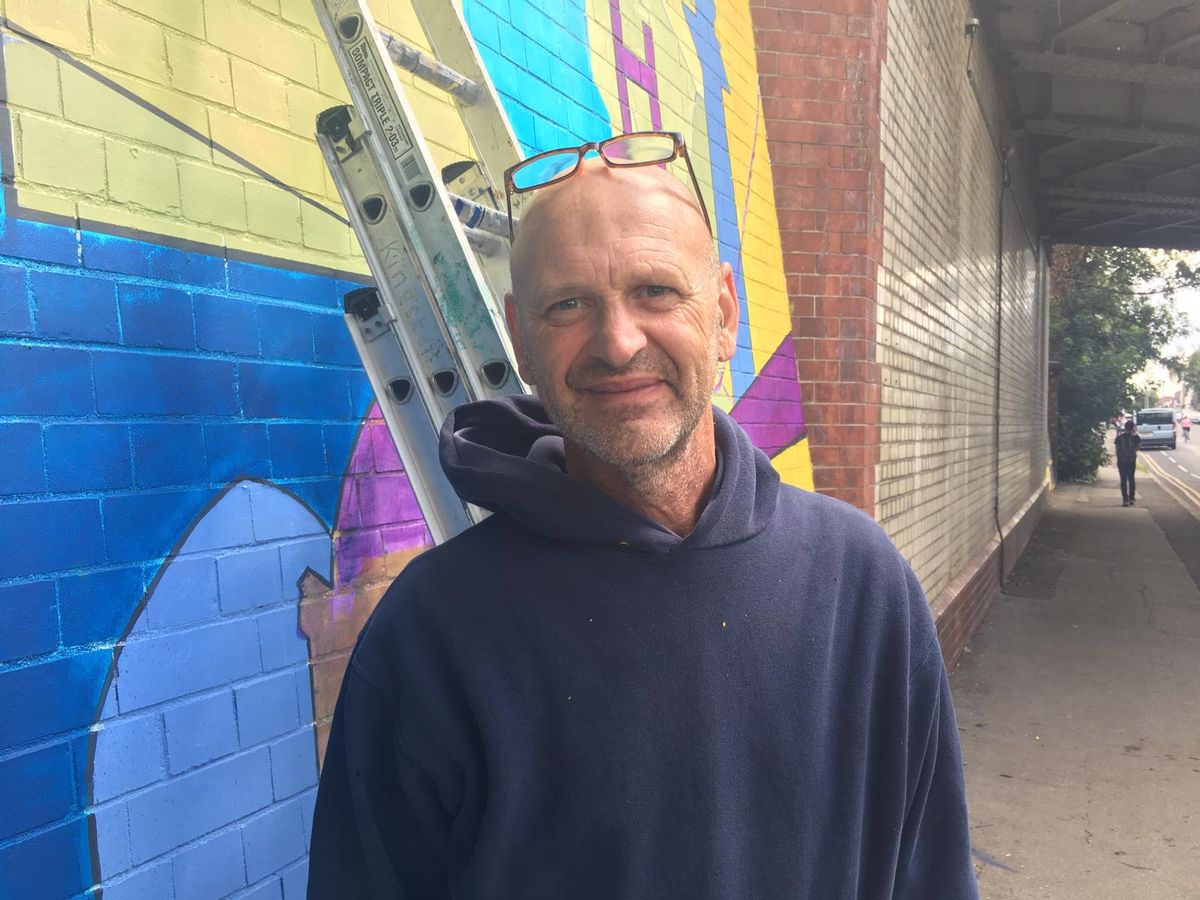 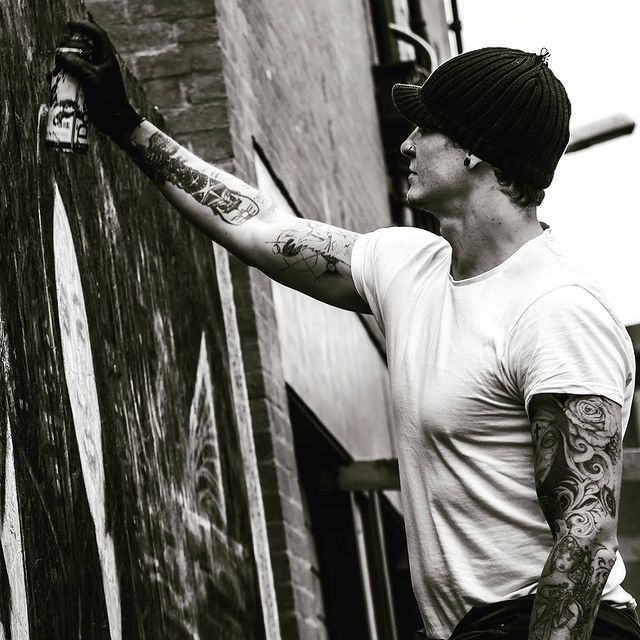