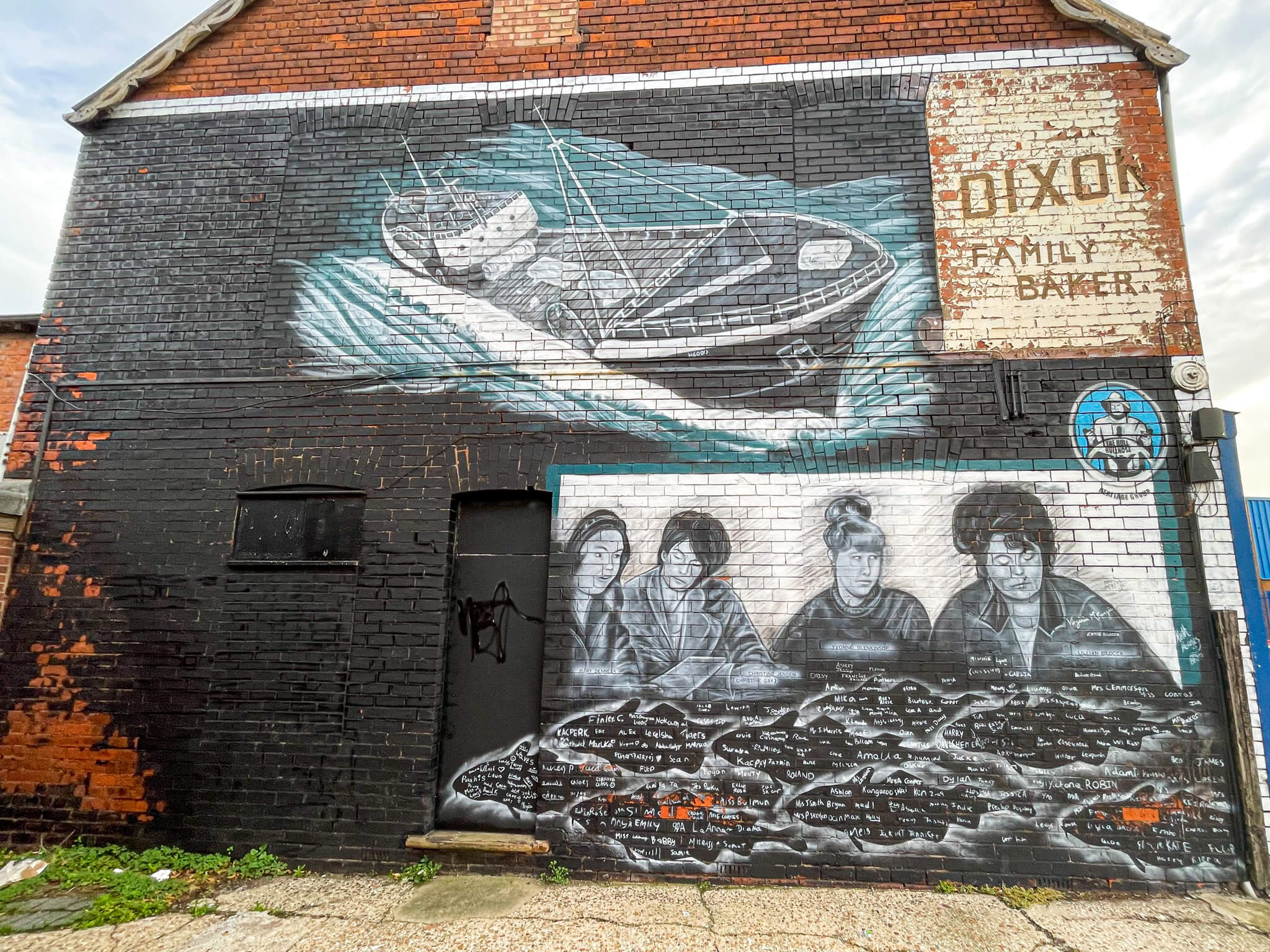 This mural is dedicated to four of Hull’s famous female campaigners, Christine Jensen, Mary Denness, Yvonne Blenkinsop and Lillian Bilocca. These four women, led by Lillian Bilocca as leader of the Headscarf Revolutionaires, campaigned to improve the safety measures of fishing fleets after the Triple Trawler Tragedy where three vessels, the Ross Cleveland, Kingston Peridot and St Romanus all sunk in January and February of 1968. 58 crewmen died and there was just one survivor, Lillian Bilocca’s son Ernie, who happened to be alongside the Ross Cleveland on a different vessel when it went down. This mural has been signed by children from the nearby Newington Academy, Lillian’s son, Ernie and her daughter, Virginia, as well as Mary Denness’ daughter, Lorna. 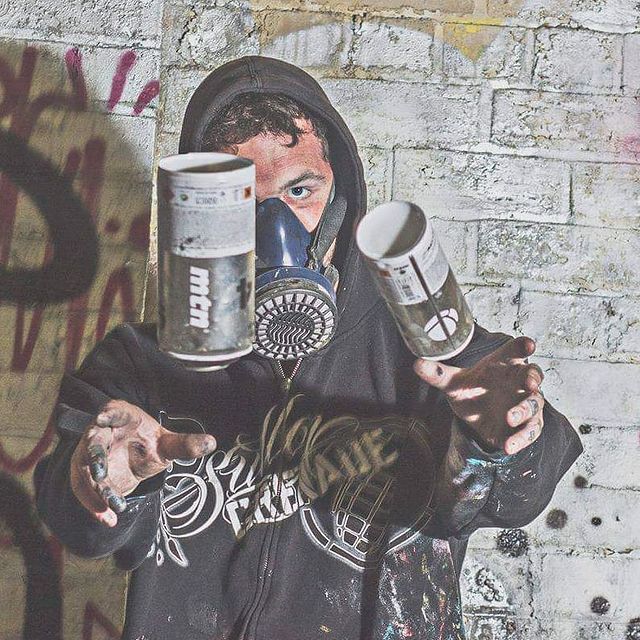